Many people know that drugs are prohibited in the field of sports, yet it is popular among athletes and sportsperson. And, the people who are taking the drugs do not know that it has severe side effects and it can cause death or injury.

Sports are one such game that is played with an enthusiastic heart and healthy mind and body, for the rejuvenation of mind and body, but these days the entire face of the sports has changed and it has become more like winning the game at any cost for many sportspersons and athletes. Most of the people involved in sports want to win the money and get the fame and they also take the risks for the same. Plus, besides competition, the sportsperson uses drugs and supplements in the process of training too.

Drugs are banned in most countries and it is also a big NO by the sports institution. Plus, drugging has other kinds of negative effects too. One of the kinds of drugs known as anabolic steroids is illegitimate, but it is rumored that sportspeople find a way to use it and also hide the signs of the use of drugs because of some new techniques found by the scientists.

Besides that, doctors are becoming highly alert and have doubts that there are certain products on the market that contains chemicals that are dangerous, untested, and not recognized. Dr. Pieter Cohen in the year 2021 opined that ‘they are urging the clinicians to stay alert to the possibility that patients may be unintentionally be exposed to experimental drugs when they are consuming sports or weight loss supplements. ‘Dr. Pieter Cohen is an Associate Professor of Medicine at Harvard Medical School.

One of the things that many people do not know is that drugs are used by sportspeople and other people or fitness enthusiasts to build muscle strength, and so on. But it has harmful side effects like psychiatric disorders, heart problems, and infertility too. Also, the dangers of using other types of drugs are not yet recognized.

Although drugs can enhance the performance of any person in sports and can promote aggression too on the field on sports, they have certain side effects that can ruin the athletic performance which comprises of –

You also get in central nervous system (CNS) drugs that come in varieties of forms and it is most of the time used to lessen the weariness in the body and enhance alertness and competitiveness. Some of the most common types of drugs that are used are cocaine, amphetamine, and caffeine which can be used on purpose by the person or sportsperson to enhance the sporting performance. Plus, the sportsperson also falls into a problem unaware of the fact that their use of drugs has not come down before they enter into sports activity.

World Anti-Doping Agency (WADA) is at present monitoring the use of caffeine and it is not yet a banned substance. Caffeine is present in many energy drinks including tea and coffee. It has also been found that some energy drinks contain a large amount of caffeine and it can lead to high BP, dehydration, restlessness, and sleeplessness (insomnia). Caffeine is less harmful and sportspeople take caffeine. But there are certain energy drinks also that contain a huge amount of sugar that can affect a person’s health in a negative manner.

One of the most common types of drugs that are used for weight loss and good performance, which helps in being alert and focused and vigor and less appetite is none other than the CNS drugs. Such drugs have been banned by the WADA. But the sad fact is that there are still some athletes who use these types of drugs in some other form and are not traced or identified. Even if there are risks associated with the drugs, still some people use them to enhance awareness, reactions, and energy, which gives better performance.

This drug amphetamines cannot damage the body tissue in a direct way, but it will have a psychological effect due to high doses. Some such psychological effects are inattention or lack of attention, euphoria, fatigue, and pain which are distorted in sense. So, this can lead or make the sports person do over exercise and exercise for a long time even after injury having long term effects.

Some other side effects of this Amp Drug are decreased ability to follow directions, poor coordination, increased reaction time, and poor balance the drug can have serious side effects which also include heart and circulatory problems, and psychosis of severe nature.

The Ep Drug increases the heart rate and blood pressure. It has side effects that are similar to those of the Amp Drugs. Enhancing power, strength, speed, and endurance is something that this drug gives. Besides that, there is a certain medical use of the Ep drug which the WADA tolerates. But there are certain limitations. High levels above 10mg/ml are prohibited.

In several nutritional supplements and for the treatment of coughs and colds, allergies, and decongestants, Ep Drug is presented in them. You can buy these without a prescription and the limit is permitted by WADA.

Also, there is a danger that sportspeople can take the self-medication of this drug and take part in sports when the levels of Ep drug are not worn off and this can pose a danger to others and themselves.

Coca Drug is one of the most well-known recreational drugs. And, one of the effects of taking this drug is that it can lead the user to desire larger quantities of the drug. Ipso Facto, Coca drug does not enhance the performance and the too much use of this drug can result in loss of focus and energy and anxiety, and paranoia. This drug has been mainly banned by the WADA and the IOC.

This drug has been misused largely in the area of sports, where people still believe that the use of this drug in small quantities can help improve alertness and increase the energy for working. This is mostly used by sportspeople who are into sprinting, where they require energy.

It affects the body in many ways like changing the blood components, heart and respiratory failure, strokes, heart attack, and the use of coca+alcohol is cardiotoxic. People can get highly addicted to coca because of its addictive nature and this also leads to low feelings and depression.

Several people are there who will not agree that the drugs are being used as a supplement in the sports industry. Use of drugs Ipso Facto makes the ideals of sportsmanship and honesty a baseless concept. Besides that, taking drugs can lead to severe consequences like psychosis, death, or injury. WADA and IOC are taking care of these and their testing programs for banned substances have been proved to be successful. It is also recommended that the general public should be educated on the same.

Every time the sportsperson is being tested. Besides that, the sportsperson may be able to get performance-enhancing drugs very easily, but they should know the consequences of the same. Also, in the sports world, it can happen that the players are taking part in the sports and are unaware of the effects of the drugs and the residue which is still in their bodies that can have a bad effect on the same and the surrounding as well.

Castle Craig makes sure that the sportsperson is free of drug use and they have treated many sportspeople who have taken drugs and are with drug addiction and alcoholism. They also have various kinds of a treatment programs which is under the guidance of a personal therapist.

Slimming down is one way people may assist their bodies stay fit and healthy. Weight loss is facilitated by this. Many people throughout the globe... 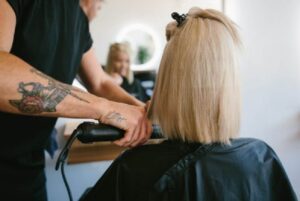 Hair Treatment Coolangatta: Get Your Hair Looking Hotter Than Ever!

Would you like your hair to look cooler than ever before? If so, then you've probably thought about getting a hair treatment. Hair treatments in...

Introduction: One of the medicines that has outsmarted the traditional medications for pain relief is the use of medical cannabis, which has become very popular.... 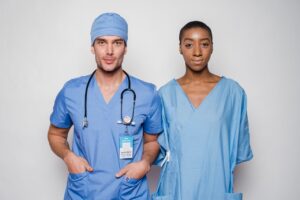 When your health is in question, there is absolutely no risk that you should take. Therefore, if you are deciding to consult an orthopedic surgeon...

Hair Treatment Coolangatta: Get Your Hair Looking Hotter Than Ever!